Penelope Simons on getting companies to respect human rights

By Catherine SavardNovember 28, 2018CPIJ in the Media, News 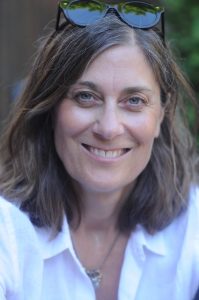 This week, the Corporate Human Rights Benchmark (CHRB) published its 2018 report, concluding that most of the 100 companies reviewed are failing to live up to their duties under the UN Guiding Principles on Business and Human Rights.  Prior to the report’s release, CBA National interviewed Professor Penelope Simons of the University of Ottawa and the recipient of the 2018 Walter S. Tarnopolsky Award, recognized for her contribution to human rights, domestically and internationally, about how to address corporate complicity in human rights abuses.

CBA National: Can you give us a sense first of where we’re at in terms of corporate accountability for human rights violations?

Penelope Simons: This issue has been debated globally for decades. But in the early 2000s, the United Nations Sub-Commission on the Promotion and Protection of Human Rights adopted the Draft Norms on the Responsibilities of Transnational Corporations and Other Business Enterprises which were submitted to what is now the Human Rights Council. The HRC rejected them. The Norms were drafted in mandatory language and were essentially a blueprint for a treaty that would impose binding legal obligations on business actors. Both states and businesses were strongly against the development of such obligations. However, the HRC did appoint, Harvard professor John Ruggie, as the Special Representative of the Secretary General on Business and Human Rights. He developed a policy framework and the United Nations Guiding Principles on Business and Human Rights (UNGPs) to operationalize the policy framework. In 2011 the Human Rights Council unanimously endorsed the Guiding Principles. This was an important step forward, to have widely accepted document addressing business and human rights. However, the UNGPs are also flawed in a number of ways.

PS: They did not significantly alter the status quo, in the sense that they outline the binding human rights obligations of states to protect individuals and groups from violations of human rights by business actors. At the same time the “obligations” delineated in the Guiding Principles for businesses to respect human rights are based in social not legal responsibility. In order to demonstrate that they are fulfilling this obligation to respect human rights, businesses are supposed to engage in human rights due diligence, among other things. But unless this is mandated by a state, or mandated by international law, then they may or may not do so. In other words, their social obligation is self-regulation. Additionally, the Guiding Principles articulated a very conservative view of the obligation of home states to regulate the transnational activities of their corporate nationals beyond their territory.

N: So home states – and not just host states – should be enforcing these as legal obligations?

PS: Yes, home states should be taking action to regulate corporate nationals to ensure that they do not violate human rights when operating in other countries.

N: So how is Canada faring in all of this compared to other countries?

PS: I don’t think there is any country that is doing enough. France probably has the most progressive law, where companies of a certain size have an obligation to prepare a vigilance plan and implement it within their corporate group and their supply chain. In Canada, we’ve had 20 years of advocacy and UN bodies calling on Canada to regulate its extractive industry and to provide access to justice in Canadian courts and other non-judicial fora. This year, the Liberal government announced the creation of the Canadian Ombudsperson for Responsible Enterprise. This is an important step forward. People claiming to be victims of corporate-related human rights violations by Canadian extractive and garment companies operating abroad will be able to bring a complaint to this ombudsperson. The Ombudsperson is supposed to have the power to compel witnesses and documents. However, the office hasn’t been established, and so we still don’t know whether or not it will have those powers. Without those powers, it will not be a credible and effective complaint mechanism. Another point is that, Canada continues to use the same 2014 policy for corporate social responsibility in the extractive sector that it inherited from the previous government. The policy is vaguely worded, and is based on self-regulation. It encourages businesses to “align their practices as applicable” to a range of intergovernmental and multistakeholder initiatives. And it doesn’t meet the requirements of the Guiding Principles on Business and Human Rights. We need to deal with that.

PS: There are many ways in which the government supports business abroad — through the Canada Pension Plan, through support by Export Development Canada, through corporate law rules that facilitate the creation of complex corporate structures and allow corporate groups to minimize their exposure to liability, even where such liability arises from serious human rights violations. We also support our companies through trade missions, and by negotiating international investment agreements with countries, including those in which Canadian extractives operate. These latter agreements create strong protections for investors and allow them to avoid domestic courts and to take host states directly binding international arbitration. If we’re supporting businesses in all of these ways without regard for their behaviour, then as a country we are complicit in those human rights violations.

N: So governments should exercise more leverage over those companies?

PS: Yes, there are many ways to do this. For example, as a condition of support EDC should require companies to engage in rigorous human rights due diligence and should itself undertake a human rights impact assessment of a proposed project. If it’s clear that that a project cannot be undertaken without violating human rights, then should we actually be supporting that company?

N: So what needs to change for governments – here in Canada or elsewhere – to decide they need to incentivize companies in this manner?

PS: That’s the big question. How do we develop political will for this? The Intergovernmental Panel on Climate Change’s recent report is a wake-up call. The IPCC has called on us to change the way we live and do business if we want to avoid a temperature rise of 1.5 degrees Celsius. The report notes that sustainable development is key and that “[s]ocial justice and equity are core aspects of climate-resilient development pathways … as they address challenges and inevitable trade-offs, they widen opportunities, and ensure that options, visions and values are deliberated between and within countries and communities, without making the poor and disadvantaged worse-off”. The action that we take has to be focused on that. Here in Canada we have to think about how extractive companies contribute directly to climate change, particularly oil and gas and coal, but also how they contribute to indirectly. Many of them operate in a way that is unsustainable, through their impacts on the environment and on the human rights of individuals and communities.

N: What would be a first good step to ensure better corporate accountability?

PS: The first step would be for Canada to adopt a comprehensive legislative framework that requires companies to respect human rights and to engage in human rights due diligence, and the latter should be overseen by an independent monitoring body. It should also include a range of incentive mechanisms —we’ve talked about some already. We also need to establish parent company or even enterprise liability in Canadian courts for companies that violate human rights abroad, and maybe certain reporting obligations. Finally, where companies commit or are complicit in criminal activity — like slavery, torture, forced labour, gang rape – then we need criminal sanctions to allow prosecution of corporations and the senior officers responsible for decisions that led to such conduct.

The Tarnopolsky Award is given by the Canadian Section of the International Commission of Jurists each year to a Canadian resident who has made an outstanding contribution to human rights, domestically or internationally. The selection committee is comprised of one representative from the Canadian Bar Association, the Canadian Judges’ Conference, the Canadian Society of Law Teachers and the ICJ.