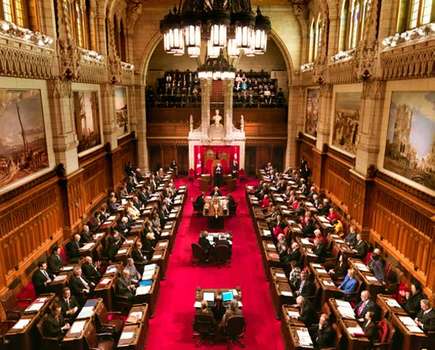 May 8, 2019 – On Monday, a group of 101 experts including 15 members of the Canadian Partnership for International Justice (CPIJ) sent an open letter to the Senate to demonstrate their support to Bill C-262. This historic bill aims at ensuring that Canadian laws are in harmony with the United Nations Declaration on the Rights of Indigenous Peoples. The adoption of this bill is likely to make Canada the first country to harmonize its national laws with this Declaration.

This letter, co-sponsored by CPIJ Co-Director Fannie Lafontaine, Beverly Jacobs (University of Windsor) and Bernard Duhaime (UQÀM), urges Senators to proceed swiftly with Bill C-262. It asks them to toss away any unfounded fears and doubts that would impede its swift examination by the Senate, so it can be passed and be part of Canadian law before the end of the current parliamentary session.

Bill C-262, a private member bill tabled by Romeo Saganash, was adopted by the House of Commons on May 30, 2018. This adoption was hailed as a victory for the human rights of Indigenous peoples in Canada. It is only eleven months later, on April 30, 2019, that the Senate finally announced the referral of the bill to the Standing Senate Committee on Aboriginal Peoples. The bill is currently scheduled for debate before this Committee on May 14.