The Nevsun case is heard before the Supreme Court of Canada

January 2019 – On 23 January 2019, co-researchers of the Canadian Partnership for International Justice intervened before the Supreme Court of Canada during the hearing of the Nevsun case. This groundbreaking case has great potential significance for human rights and corporate accountability in Canada as it is the first lawsuit whose claims are based directly on violations of international law.

The case questions whether a Canadian mining company should be held accountable for human rights violations perpetrated abroad. The British Columbia mining company Nevsun Resources Ltd. faces charges of forced labour, a form of slavery, related to the construction of the Canadian owned Bisha gold mine in Eritrea. Plaintiffs are former mine workers who have been granted the refugee status in Canada. 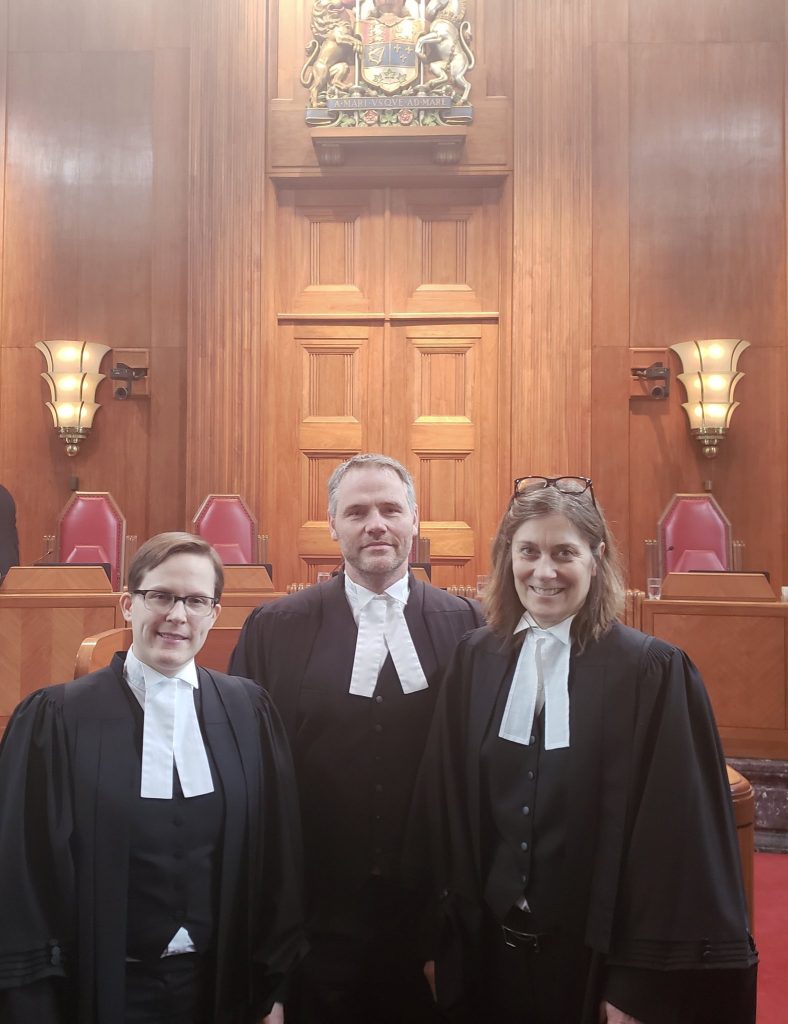 In appeal before the Supreme Court of Canada, Nevsun sought immunity for its conduct based on the common law doctrine of act of state. The respondents pleaded the absence of a doctrine of corporate immunity in international law and claimed that jus cogens norms of customary international law should serve as a source for development of the Canadian common law.

CPIJ is proud that its co-researchers Penelope Simons and François Larocque intervened, together with Jennifer Klinck and Paul Champ, as representatives of Amnesty International and the International Commission of Jurists. Co-researcher Amanda Ghahremani and the Canadian Center for International Justice (CCIJ), a CPIJ partner organization, were also part of the legal team for the respondents.

The webcast of the hearing is available here, and the parties’ factums on appeal can be accessed here. Further documentation is available on CCIJ’s website.