25 November 2019 – For the fourth year in a row, the Canadian Partnership for International Justice (CPIJ) is represented at the Assembly of States Parties (ASP) to the International Criminal Court (ICC) by a delegation of practitioners, academics and students from various NGOs and academic institutions.

Each year, the ASP is one of the most important events in the field of international justice. Representatives of States that have ratified or acceded to the Rome Statute gather to make crucial decisions on the issues the Court is currently facing. Many ICC senior officials are also attending, and many side-events are organized by civil society organizations to stimulate the discussions and strive to find solutions to the issues that hamper the project envisioned in the Rome Statute.

The 18th ASP, held from 2 to 7 December 2019 at the World Forum in The Hague (the Netherlands), will allow students to deepen their knowledge of the most important issues pertaining to international justice while living a real experience of judicial diplomacy. This event is an outstanding opportunity for CPIJ to train a cohort of students who are educated, engaged and networked in international and transnational law. Through blogging and live twitting, CPIJ’s delegates will train and educate diverse Canadian audiences about the challenges, pitfalls and potential of the system of international justice, and about the priorities to improve this system. Thanks to their experience and knowledge, the delegation will contribute to enhancing Canada’s role as a global leader in the fight against impunity.

To learn more about this year’s specific issues and to get news and updates, follow CPIJ on Twitter and Facebook, and watch for the delegates’ posts on CPIJ partners’ platforms (IntLawGrrls, Quid Justitiae, Justice in Conflict, Blogue d’Avocats sans frontières Canada, PKI Global Justice Journal).

Ghuna Bdiwi is a Syrian human rights lawyer. She is currently finishing her Ph.D. at Osgoode Hall Law School (York University). She concentrates on legal matters that are related to human rights violations, criminal accountability, and investigations of war crimes in Syria. Ghuna has received many prestigious awards during her professional and academic journey. She is the recipient of the 2015 International Human Rights Award by the International Center for Human Rights – Canada, an award that acknowledged her advocacy work in defending human rights in Syria. Additionally, she received the 2016 John Peters Humphrey Fellowship in International Human Rights from the Canadian Council on International Law, and the 2015 Fellowship from the Nathanson Center on Transnational Human Rights, Crime and Security. She is a graduate fellow with the Canadian Centre for Responsibility to Protect (University of Toronto) and the Centre for Refugees Studies (York University). She has taught many courses in human rights in Canada and abroad. She is a member of the Constitutional committee that is drafting the Syrian constitution, and also a chair of peace and justice research centre that concentrates on heinous crimes in Syria. 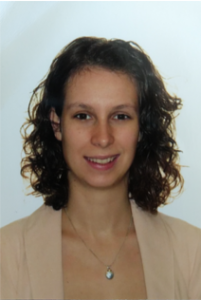 Justine Bernatchez is a LL.M. candidate in International and Transnational Law at Université Laval, under the direction of Professors Fannie Lafontaine and Christine Vézina. She is particularly interested in international criminal law and its interaction with women’s rights. For almost a year now, Justine has been working as the Canadian coordinator of the ICC Legal Tools Project. She is also working as a student supervisor for the Clinique de droit international pénal et humanitaire, at Université Laval. She holds a law degree (LL.B.) from this same university and studied at Åbo Akademi University’s Institute for Human Rights (Finland) as an exchange student. Justine is currently completing her Bar internship as a legal consultant with a defence team at the International Criminal Court. 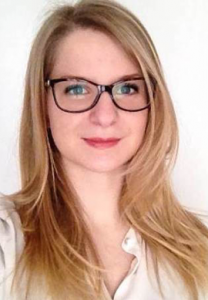 Morgane Greco is an International Studies Master’s degree student from University of Montreal. She holds a Public Law’s Bachelor additionally to a Political Science’s Bachelor from Lyon II University in France. Thanks to the ERASMUS+ Program, Morgane has also spent one semester in Nicosia at University of Cyprus, where she studied the Cypriot post-conflict society. She is currently articling at the United Nations’ Office of the Special Representative of the Secretary-General on Sexual Violence in Conflict in New York and writing a Master’s thesis about sexual violence in the Eastern part of the Democratic Republic of the Congo. Morgane’s approach is focused on conflict-related Sexual Violence (CRSV) Victims, in a context of impunity. She is also very interested in justice and accountability benefits for CRSV victims.

Ania Kwadrans is a Senior Policy Advisor at University of Ottawa Refugee Hub, providing strategic and policy guidance, on local, national, and global issues affecting refugee rights. Before joining the Refugee Hub, Ania worked with Amnesty International, engaging in strategic litigation on human rights cases before courts of all levels, including the Supreme Court of Canada, and advocacy before Canadian Parliamentary Committees as well as United Nations treaty bodies. Ania holds a J.D. degree from Osgoode Hall Law School, is called to the Ontario bar, and is currently undertaking graduate studies in International Human Rights Law at University of Oxford. 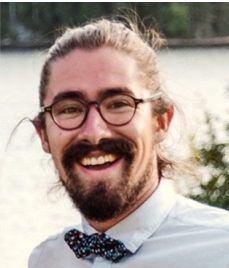 Olivier Lacombe is a LL.M. candidate at Université Laval Faculty of Law. His research interests are international criminal law, international human rights law as well as the rights of Indigenous Peoples. Under the supervision of Professor Fannie Lafontaine, he conducts research on the obligation to prevent the crime of genocide in international law. Olivier holds a law degree (LL.B.) from Université Laval and studied at the Institute for Human Rights at Åbo Akademi (Finland) as an exchange student. In the course of his studies, he contributed to the activities of the International Criminal and Humanitarian Law Clinic of Université Laval.

Ismehen Melouka is a Ph.D. candidate in criminology at Université de Montréal under the supervision of Professor Jo-Anne Wemmers. Having obtained a bachelor’s degree in criminology, Ismehen pursued graduate studies in victimology. She focused on the perceptions and emotions of non-indigenous people surrounding the process of reconciliation with Indigenous peoples in Canada. Her doctoral studies now allow her to explore the recognition of victimization in the same non-native population. She is also a teaching assistant for the International Justice and Victims’ Rights Summer School in collaboration with the Canadian Partnership for International Justice. Her interests in criminology and human rights also allowed her to get involved with the NGO Amnesty International – UdeM, which she was president in the past years. Ismehen is also assistant to the Special Adviser on Equity, Diversity and Inclusion (EDI) for the Rector of Université de Montréal.

Carmen Montero Ferrer holds a Ph.D. in law from University of Santiago de Compostela (Spain). Her thesis, entitled “International crimes of sexual violence and impunity: an examination of the transitional justice mechanisms and their application in Africa,” was defended in 2017. She currently benefits from a research fellowship awarded by the Programme of Posdoctoral Training of Xunta de Galicia, which allows her to pursue her research at the Canada’s Research Chair on International Criminal Justice and Human Rights, at Université Laval (Canada). Her research now focuses on civil society contributions to accountability for international crimes. 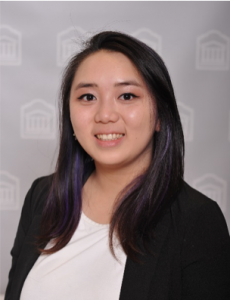 Lily is currently a third year J.D. student at University of Ottawa. Her interest in international law stem from her undergraduate studies of International Development and Globalization and her multi-lingual work experiences abroad in Shanghai, Jerusalem, and The Hague. She is a research assistant at the University of Ottawa Human Rights Research and Education Centre(HRREC) and has also spent the 2019 summer working on the Al-Hassan defence team at the International Criminal Court. Currently, she works in the Legal department at the Canadian Red Cross and has previously worked in their Global Relations and Humanitarian Diplomacy unit. Lily’s law studies have focused largely on public international law and alternative dispute resolution methods. She hopes to bridge these two interests into a future career in international peace mediation and peacekeeping.

Érick Sullivan is a lawyer and the Deputy Director of the International Criminal and Humanitarian Law Clinic (Clinic). He is also the Coordinator of the Canadian Partnership for International Justice, the co-editor of the blog Quid Justitiae and a member of the Canadian Council on International Law’s Board of Directors. Holder of a Bachelor of Law (2009), he was recruited in 2010 by the Clinic as an assistant and was later appointed Deputy Director in 2012. As such, he was involved in more than 50 projects in many areas of law carried out by international organizations, non-governmental organizations (NGOs), States and lawyers. He notably co-directed a mapping of human rights violations completed by Avocats sans frontières Canada in support of the Malian Truth and Reconciliation Commission. Since 2010, he has supervised the researches of more than 400 students and has reviewed hundreds of papers. He also contributed in different ways to numerous scientific events, such as the workshop on collaboration between national prosecuting authorities and NGOs in the prosecution of international crimes, which he co-organized in March 2018 in Ottawa. 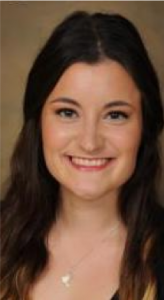 Catherine Savard pursues her LL.M. at Université Laval under the supervision of Professor Fannie Lafontaine. Assistant coordinator of the Canadian Partnership for International Justice since 2017, she is also member of the Canada Research Chair on International Criminal Justice and Human Rights and regularly collaborates with the International Criminal and Humanitarian Law Clinic. She has previously studied at Åbo Akademi University’s Institute for Human Rights, and represented Université Laval at the Jean-Pictet international humanitarian law competition in 2018. Furthermore, she contributed to the National Inquiry into Missing and Murdered Indigenous Women and Girls’ legal analysis on genocide, made public in June 2019. Her research focuses on genocide, colonialism and treaty interpretation in international law.