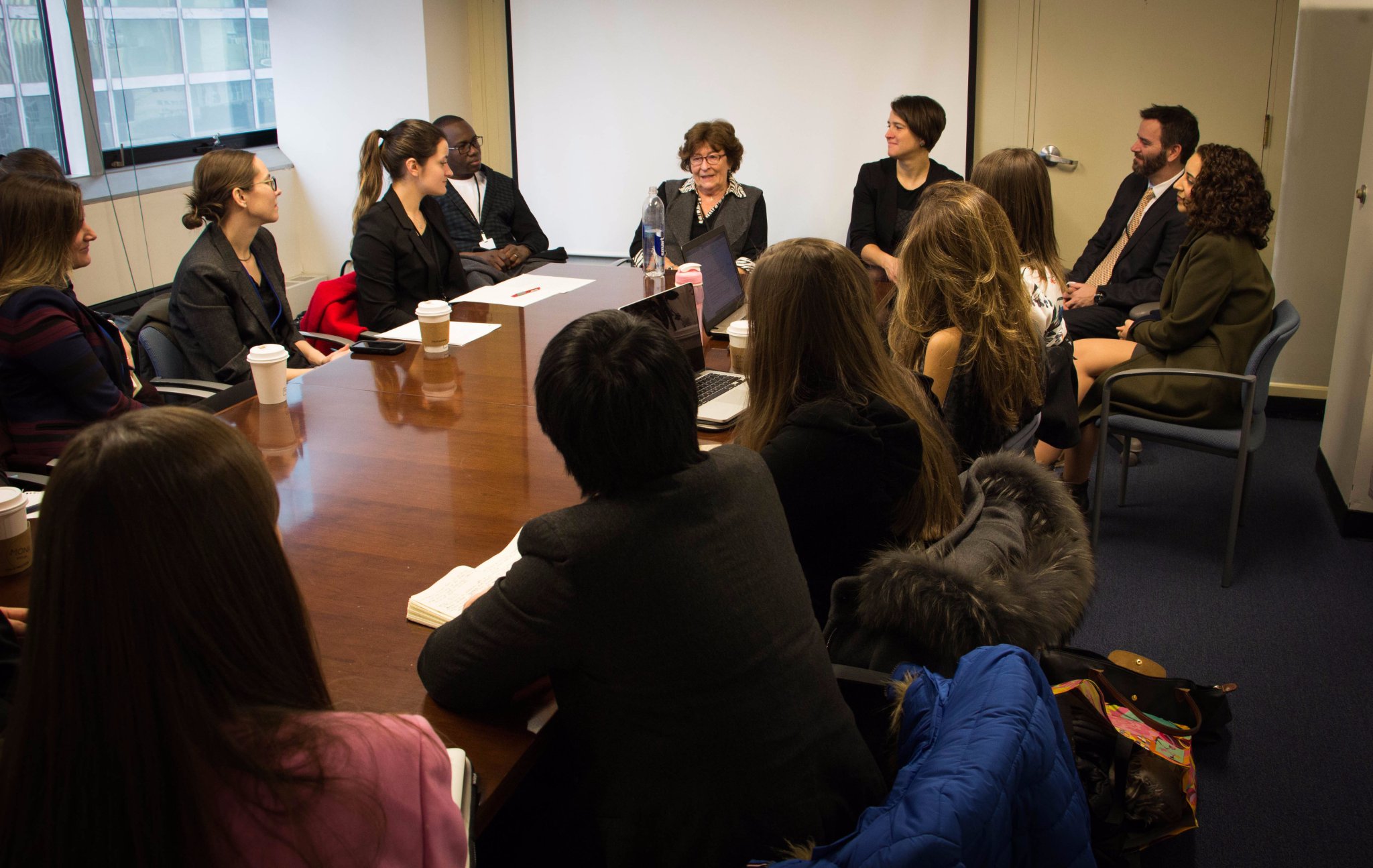 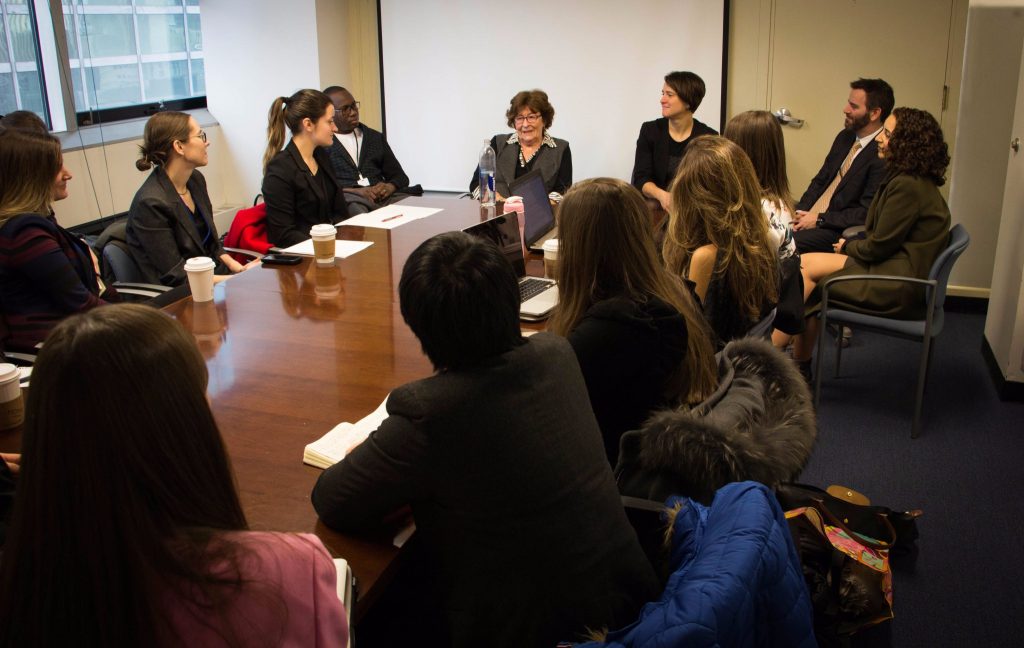 Student training is important for the Canadian Partnership for International Justice (CPIJ). This is why CPIJ notably funds students to take part each year in the Assembly of State Parties to the International Criminal Court, the Canadian Council on International Law’s Annual Conference, the ICC Moot Court Competition, and many other educational activities and events.

CPIJ encourages student initiatives and may support them financially. Students may apply to CPIJ to, for example, take part in a summer school, participate in a law-related competition, attend a conference or be involved in any other professional activity related to CPIJ’s mandate. The students selected for funding then become members of CPIJ’s student group.

CPIJ adapts to the current situation caused by the COVID-19 pandemic. Until travel restrictions are lifted, online activities taking place outside the student’s home institution will be eligible to receive funding.

A request is prepared by the student. To be presented to the Scholarship and Student Funding Committee for its consideration, the following conditions of admissibility must be met:

Those students selected for funding must comply with the following requirements:

The following expenses are admissible:[1]

In choosing which projects to fund, the Scholarship and Student Funding Committee will consider the:

To request funding, students shall fill the following form.

The Scholarship and Student Funding Committee meets four times per year to review and select projects for funding. The committee meets on:

Results are announced within one month following the Committee’s meeting. It is possible to submit a request at any moment throughout the year, but applicants should have these dates in mind to know the processing time of their request.

If funding is granted, the Partnership will provide the approved funding once the student is confirmed as attending the event (a registration confirmation can be required) and after ensuring that the expenses claimed are admissible. The Committee may approve the full, or a portion, of the amount requested. The approved amount may be paid in full or in instalments.

[1] An expense is admissible when it complies with the administrative requirements of the Social Science and Humanities Research Council of Canada (SSHRC) and of CPIJ’s host institution, Université Laval (www.sf.ulaval.ca). CPIJ could refuse to reimburse an expense that is not admissible or that subsequently becomes inadmissible after CPIJ initially accepted to fund the project. It is the student’s responsibility to verify the admissibility of the expenses. It is strongly encouraged to have all planned expenses pre-approved by CPIJ. Additional information can be provided on demand. 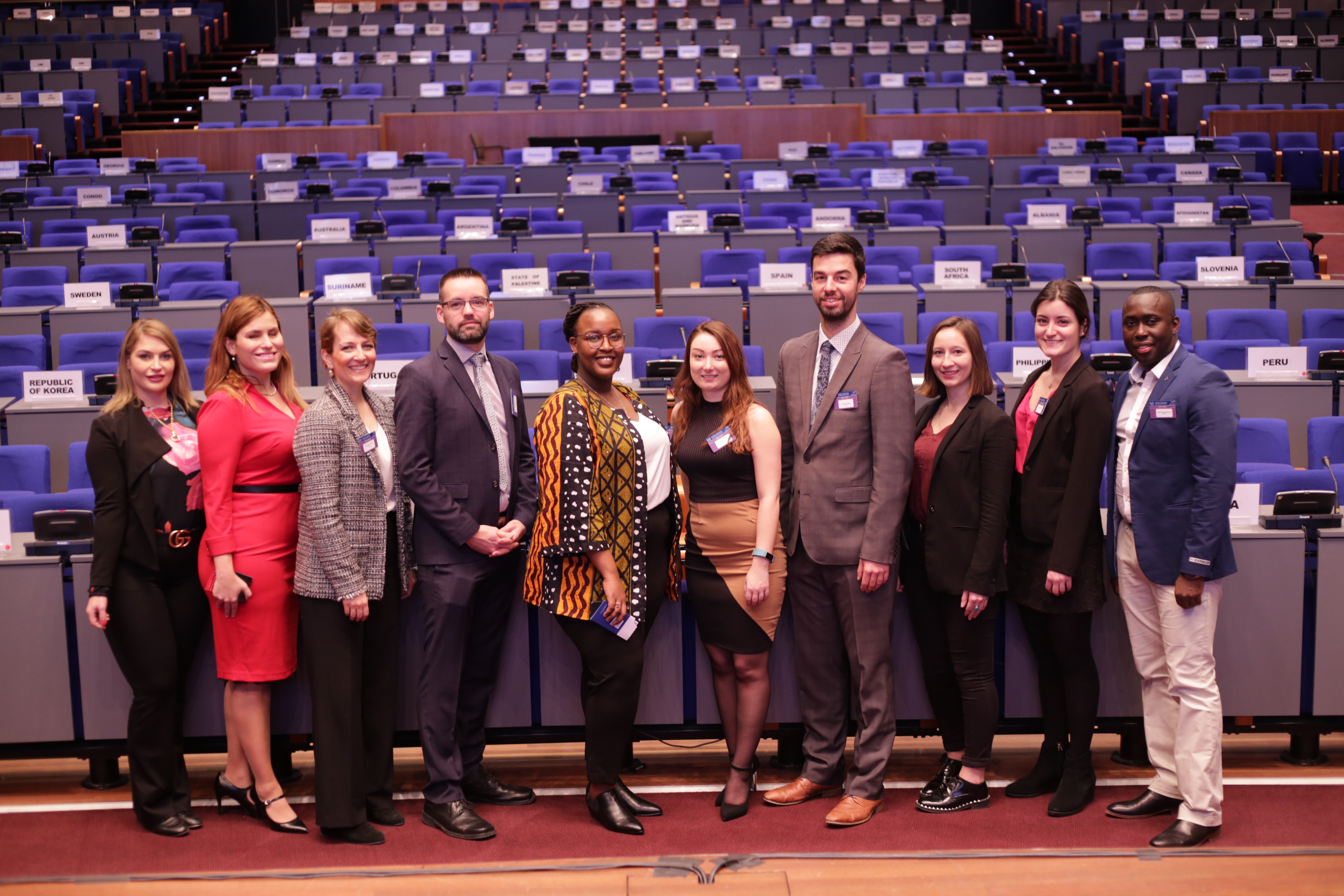 19th Assembly of State Parties to the International Criminal Court: Call for applications 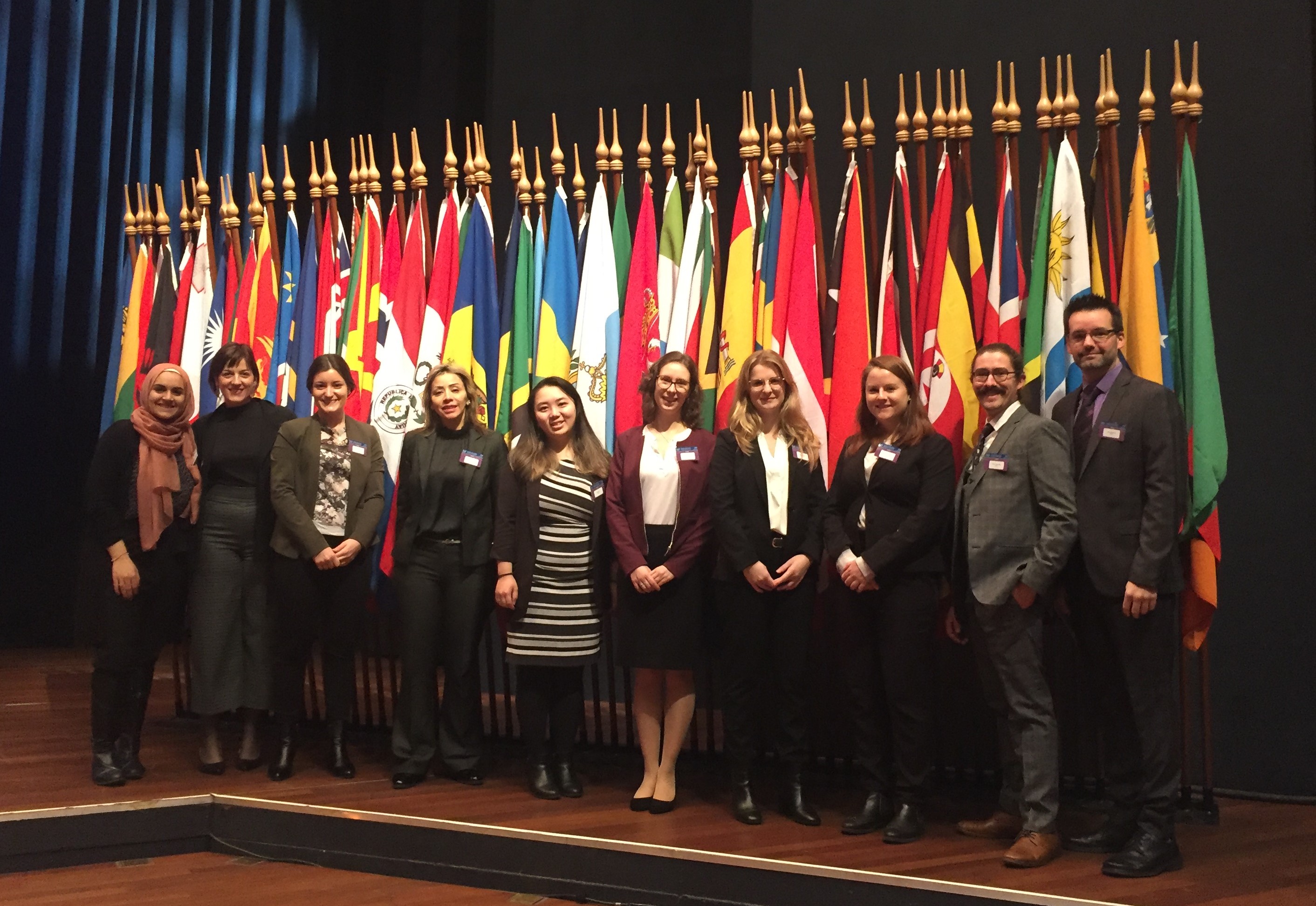 Each year between 2016 and 2021, the Canadian Partnership for International Justice (CPIJ) sets up and funds a delegation of Canadian students, headed by academics and practitioners from various academic institutions and NGOs, to attend the Assembly of States Parties (ASP) to the International Criminal Court (ICC). This major event takes place in The Hague or in New York at the end of each year.

Through this activity, CPIJ trains a cohort of students who are educated, engaged and networked in international and transnational law. The Partnership also aims at training and educating diverse Canadian audiences about the challenges, pitfalls and potential of the system of international justice, and about the priorities to improve the system. Through its action, CPIJ also enhances Canada’s role as a global leader in the fight against impunity.

The 19th ICC ASP will take place from 7 to 17 December 2020. The training of the delegation for this ASP will be spread out throughout the year until the event. The recruited students may have to:

Applications for the 19th ASP are accepted until September 1, 2020.

The ASP is a very demanding activity. Members of the delegation are requested to work long hours throughout the day. It is strongly recommended that students avoid other kinds of deadlines during or shortly after the ASP.

Your application must include:

Please upload your application and fill in the application form below before September 1, 2020. 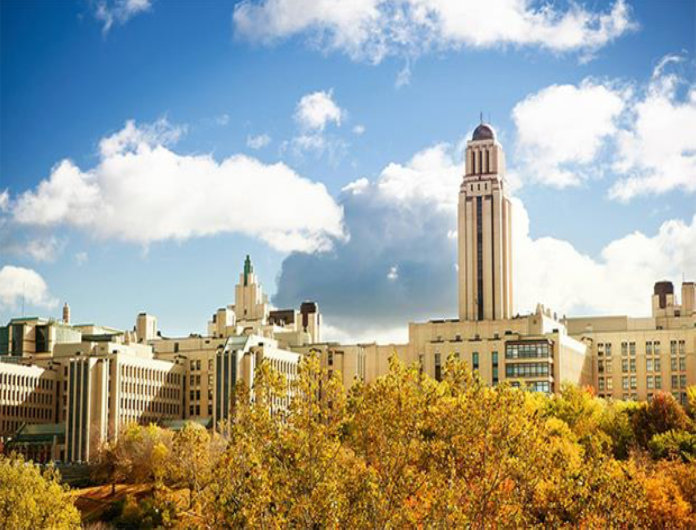 What? The International Justice and Victims’ Rights summer school will bring together internationally renowned experts, and human rights organizations in order to discuss and reflect on issues surrounding victims’ rights and international justice. 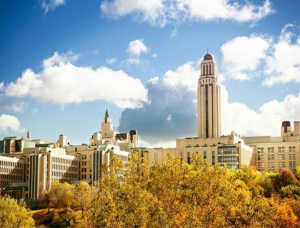 This course serves to train and engage students and professionals in the areas of law, criminology, and related disciplines in key issues regarding the rights of victims of crime and abuse of power.

Topics include reparation of victims of crimes against humanity, addressing the needs of victims of sexual violence in the courts, how courts handle victims who at the same time are perpetrators, as well as the place of victims in transitional justice.

For whom? The course is intended for graduate students and for interested professionals, including lawyers working in the field of international criminal law.

Students who will be credited are invited to attend to a welcome session on May 29, 2020.

Registration
Credited students will be able to register starting March 9, 2020. Other participants can register as of now.

CPIJ is offering 3 scholarships of $ 2,000 each to a graduate student from an affiliated university to attend this school. See here for more information.

For more information about the course as well as details about how to register: https://cerium.umontreal.ca/en/programs-of-study/

Looking forward to seeing you at the Université de Montréal in June 2020! 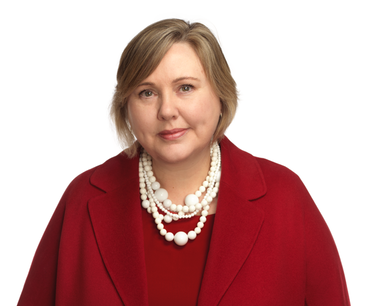 By: University of Alberta Faculty of Law

Professor Joanna Harrington has won a national award for a scholarly paper about reforming the way the UN Security Council makes decisions.

The first Scholarly Paper Award from the Canadian Council on International Law celebrates her paper, “The Working Methods of The United Nations Security Council: Maintaining The Implementation of Change.”

The paper’s position is to incorporate global administrative law principles of transparency, consultation and engagement, and executive accountability into the practices of a highly political institution. Harrington also argues for the principle of conflict prevention to serve as an additional guidepost, given the Council’s role in maintaining international peace and security.

The selection committee called the paper an ideal recipient of this new award because “it constituted a systematic and careful scholarly inquiry into a doctrinal area, relying on primary research to offer new insights into the conduct of an international organization.”

Asked about the inspiration for the paper, Harrington explained that, “oddly enough, it was a term of service as an associate dean that led to an interest in governance and the process for making decisions.”

“While the Security Council attracts a lot of legal analysis on the substance of its decisions, there was little written on how its procedures have evolved to become more transparent and consultative vis-à-vis both non-governmental actors and the wider UN membership,” she said.

Having served as a lawyer-diplomat for Canada at the United Nations, Harrington was also familiar with some of the sources for finding the material she drew upon for her research.

Given her interests in human rights and international criminal law, her research also touched upon the use of codes of conduct to limit the exercise of the veto when there are credible allegations of acts of genocide and crimes against humanity. It also covered the need to improve the selection process for the UN Secretary-General, with the past “She for SG” campaign having focused attention on the fact that no woman has ever served in the most senior UN post.

Created in 1972, the Canadian Council on International Law (CCIL) is a leading national non-profit association bringing together academics, government lawyers, and lawyers in private practice working in the various fields of both private and public international law.

The award was announced during the CCIL’s annual conference in Ottawa, on October 24. 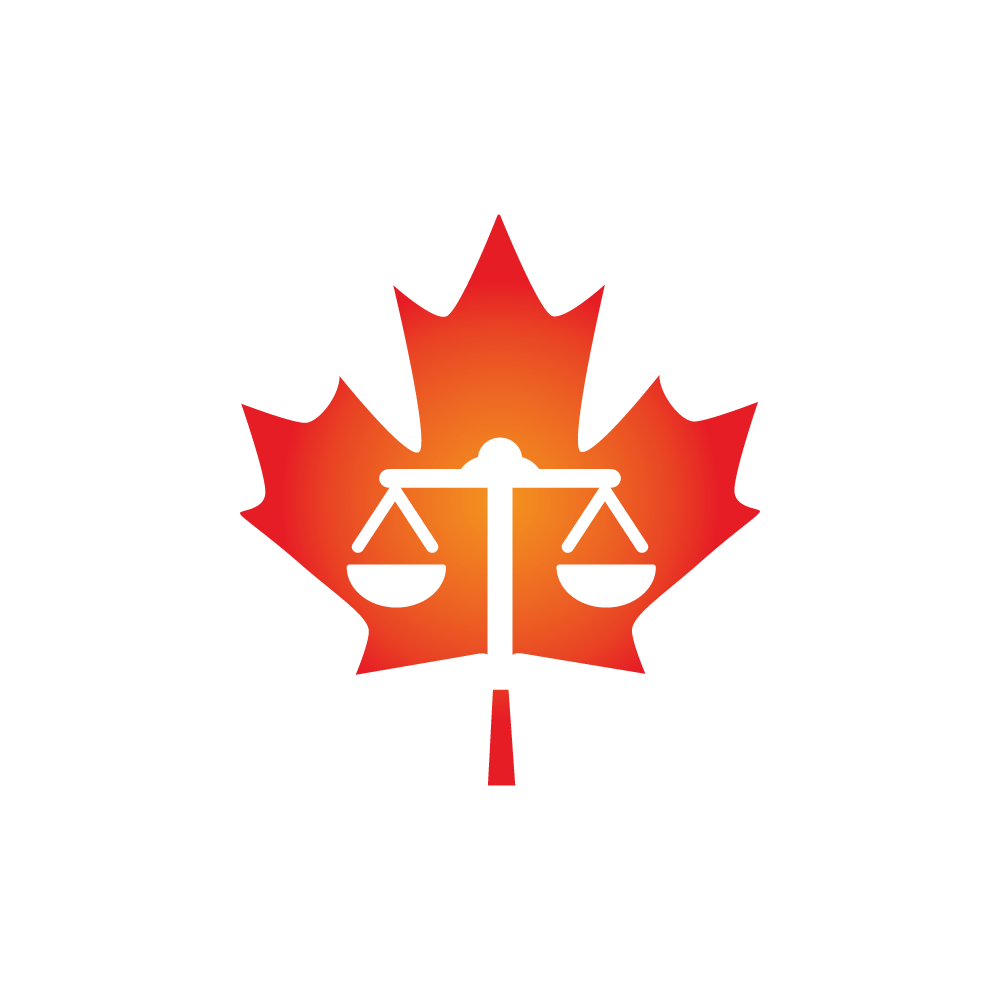 June 2019 – This spring, the Canadian Partnership for International Justice (CPIJ) launched its new funding program for student projects. This program aims to encourage and support students in their projects related to CPIJ’s research program.

Several requests were received for the 2019 spring trimester. While thanking all applicants, CPIJ is glad to disclose the identity of recipients:

Applications were analyzed by CPIJ’s Committee Scholarship and Student Funding Committee, which meets on a quaterly basis. Find out the procedure and applicable delays to request CPIJ funding.

In April 2018, CPIJ’s Scholarship and Student Funding Committee proceeded to the selection of three students who will receive funding to attend the Siracusa International Institute for Criminal Justice and Human Rights’ 18th Specialization Course in International Criminal Law for Young Penalists. This course will take place from May 27 to June 4, 2018 in Siracusa (Italy).

While warmly thanking all applicants, the Partnership is glad to announce that the following students will benefit from CPIJ funding to attend the course:

This selection followed a widely shared call for applications which terminated on the 31st of March 2018.

The Committee will meet again soon to analyze the applications related to the Assembly of State Parties (ASP) to the International Criminal Court (ICC). Learn more about CPIJ funding for student projects here.

The Canadian Partnership for International Justice (CPIJ) will fund the attendance of 6 students to the 45th Conference of the Canadian Council on International Law (CCIL), which will be held in Ottawa on November 3-5, 2016.

This major annual event, whose 2016 edition is themed “The Promise of International Law: Solutions for the World’s Crises”, will allow students to deepen their knowledge of international law while also encouraging dialogues with experts, law practitioners and academics. Following the Conference, students will write blogposts in relation to their attendance.

Congratulations to all recipients!