December 2017 – On December 12 this year, Lawyers Without Borders Canada organized his second side event in the context of the 16th Assembly of State Parties to the International Criminal Court. This event, named “Challenges of the Colombian Peace Process: Guaranteeing victims’ rights under the Special Jurisdiction for Peace”, was presented jointly with Canada, Comisión Colombiana de Juristas (CCJ) and Corporación Humanas. Moderated by Philippe Tremblay, the panel composed of Andres Felipe Peña Bernal, Adriana Benjumea and Gustavo Gallo Giraldo discussed, among other topics, of the peace agreement that occurred between Colombia avec the Revolutionary Armed Forces of Colombia and the legal and paralegal structures hindering the fight against impunity, especially in relation to sexual and gender-based violence. 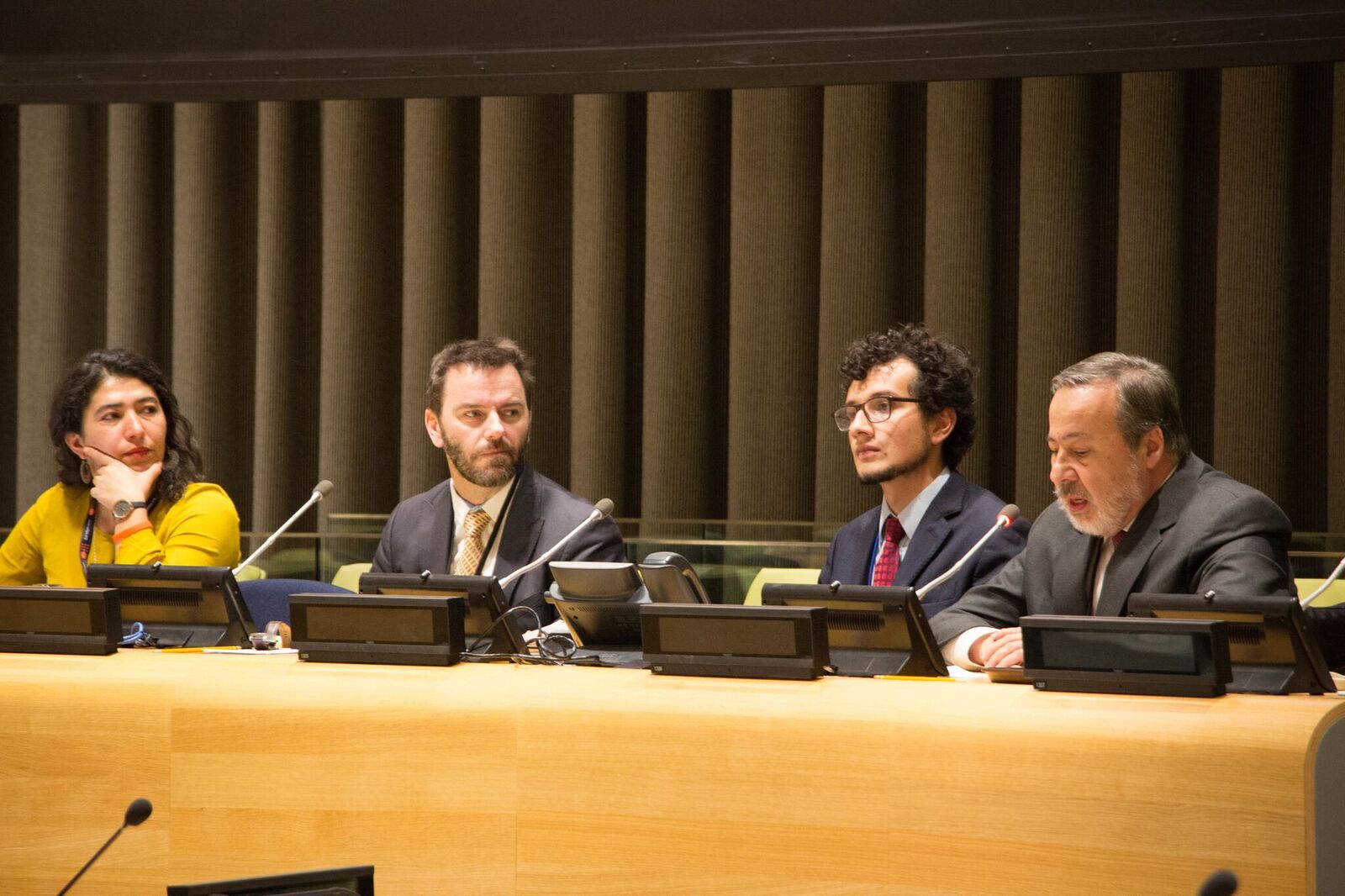