December 2017 – Today, December 13 2017, the co-searcher Valerie Oosterveld organized a side event in the context of the Assembly of State Parties to the International Criminal Court. The event, named “Prosecuting SGBV at the Special Court for Sierra Leone”, was jointly organized with the Permanent Missions of Canada and Sierra Leone, UN-Women, Western Ontario University and the Canadian Partnership for International Justice. It was moderated by co-director Fannie Lafontaine. Sharanjeet Parmar, former War Crimes Prosecutor for the Special Court for Sierra Leone (SCSL), discussed her concrete experience in the prosecution of sexual and gender-based violence (SGBV). Prof. Valerie Oosterveld then presented the outcomes of a study analyzing the SCSL’s practices and lessons to be drawn from the prosecutions conducted. Finally, panelists Amadu Koroma (Deputy Representative of Permanent Mission for Sierra Leone) and Catherine Boucher (Principal Legal Advisor for the Permanent Mission of Canada) discussed, among other subjects, the context surrounding SGBV taking place in Sierra Leone and the role played by the SCSL in relation to the armed conflict that took place in the country during the 90s. 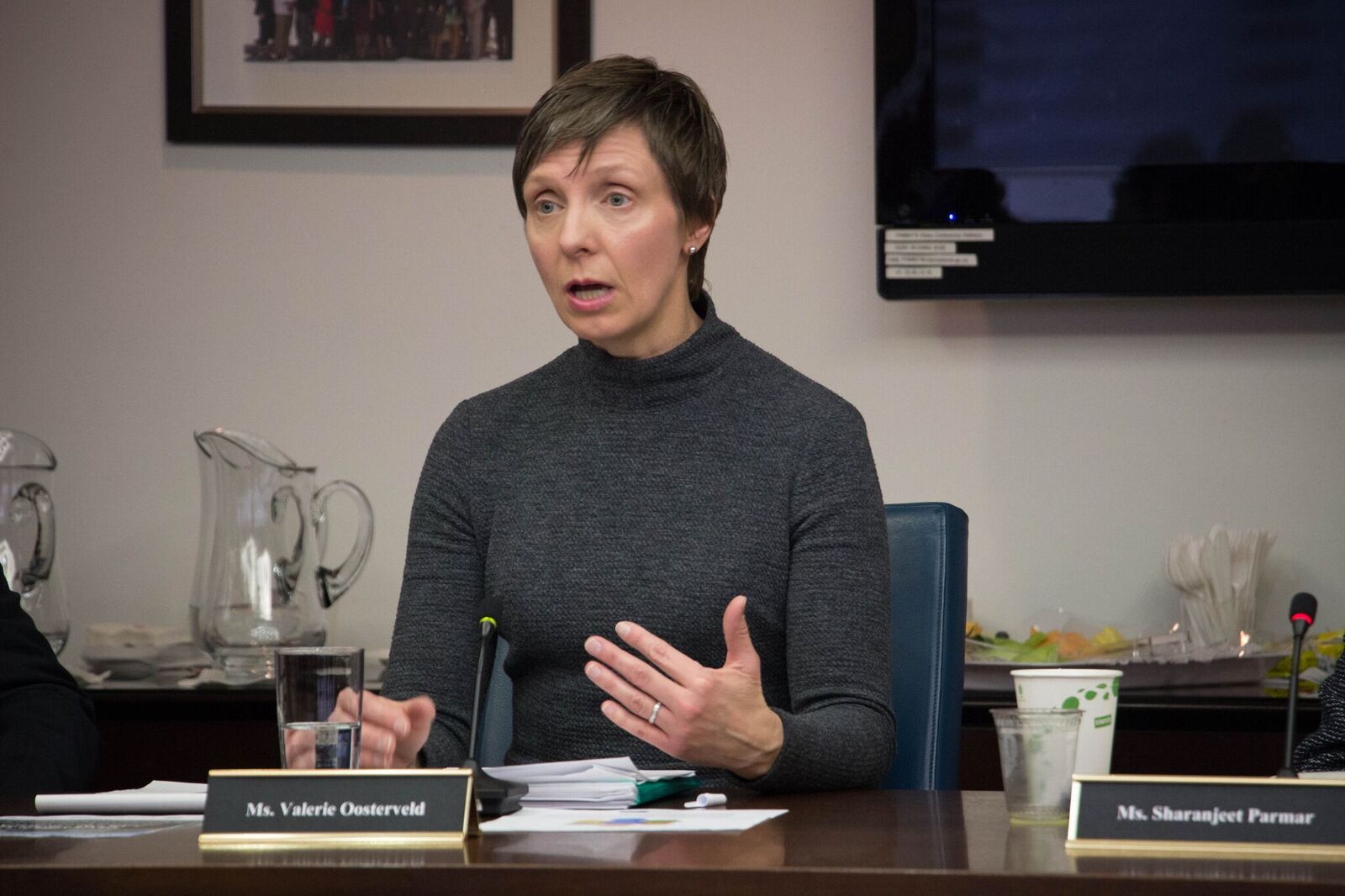 Valerie Oosterveld presenting at the event.