The sovereignty of states and multinational corporate accountability 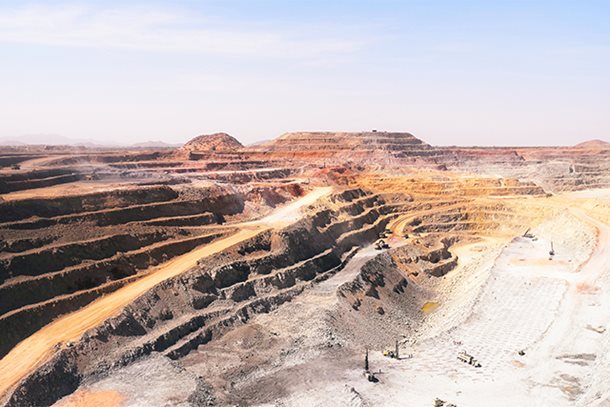 In 1897, a U.S. citizen living in Venezuela, George F. Underhill, brought a suit in a New York court to recover damages against the revolutionary Venezuelan General Hernandez, who had occupied part of the country and had effectively tried to nationalize his business.

Damage was done, the American claimed, and he wanted to be made whole.

The U.S. Supreme Court ultimately ruled against Underhill, in a decision that would enshrine the Act of State Doctrine as a general rule of thumb for modern Western legal systems.

“Every sovereign State is bound to respect the independence of every other sovereign State, and the courts of one country will not sit in judgment on the acts of the government of another done within its own territory,” U.S. Chief Justice Melville Fuller then wrote.

Later this month, the Supreme Court of Canada will hear Nevsun Resources v Gize Yebeyo Araya, a case that will put the Act of State Doctrine to its first test in a Canadian court.  The case will serve to gauge the extent to which international human rights law has a footing in the Canadian legal system.

To read Nevsun Resources’ profile of its Bisha mine, nothing sounds amiss at all. The mine is located in the middle of Eritrea, on Africa’s northeast coast. A joint project between Nevsun and the government of Eritrea, it extracts copper, zinc, gold, and silver.

“The government of Eritrea continues to show its strong support to the development of mining as an important sector of its national economy,” Nevsun’s website reads. It reports that the country is a “single party state,” without mentioning that Eritrea is one of the most repressive states in the world.

A 2018 Human Rights Watch report concluded that the country functions as a “one-man dictatorship” and that “it has no legislature, no independent civil society organizations or media outlets, and no independent judiciary.”

What’s more, the NGO reports, “every Eritrean must serve an indeterminate period of ‘national service’ after turning 18, with many ending up serving for well over a decade.” Often, that amounts to “work as forced laborers on private and public works projects.”

The three litigants bringing the case before the Supreme Court are refugees from Eritrea — two currently living in the United States, and one a permanent resident of Canada.

The three allege they were pressed into “national service.”

A factum filed in advance of the January 23 hearing reads: “They allege that during the construction of the mine, they were forced to work in inhumane conditions and under the constant threat of physical punishment, torture, and imprisonment.”

Those claims have not been proven in court.

In light of the alleged abuses visited on its workers, the three refugees sought to bring a claim against Nevsun in a B.C. court.

Their factum lays out their argument that Nevsun was complicit in “assault, battery, conversion, unlawful confinement, and negligence.” Those are, they note, existing torts in Canadian common law.

And this is where the argument gets interesting. The claim is seeking to enter in an array of other claims, based in customary international law. They’re alleging not just that Nevsun is guilty of allowing forced labour, slavery, crimes against humanity, and cruel, inhuman, or degrading treatment, but that such actions are actionable in Canadian courts.

François Larocque is a law professor at the University of Ottawa and serves as counsel with Power Law and has written the book — in fact, several books — on how international human rights can be incorporated into Canadian law. He is also serving as co-counsel for Amnesty International, who has been granted leave to intervene on the Nevsun case.

“There is a definitely a tort here,” he argues. The real question, he says, is whether this case, should it be allowed to proceed, should rest only on “garden-variety torts,” or whether it can enter in these new torts rooted in international law.

“I have long held the view that Canadian courts can and should use their inherent jurisdiction to recognize new categories of liability based on customary international law,” he says. He cites R v Hape, from 2007, a case in which the majority concluded that “customary international law should be incorporated into domestic law in the absence of conflicting legislation.” Says Larocque: “Our side believes that Nevsun is such a case.”

The Act of State Doctrine

Nevsun sought to have the case dismissed at its first stage.

The company countered that the Act of State Doctrine protects it from such claims; that the torts based in customary international law could not be litigated; that Canadian courts were not the appropriate forum; and that the suit could not be considered a representative action.

At trial, Nevsun failed in its effort to have the case dismissed either on the basis of the Act of State Doctrine or on the basis that the torts being alleged couldn’t be entered into Canadian common law. The British Columbia Court of Appeal also rejected Nevsun’s appeal to dismiss the suit.

Nevsun’s claim of forum non conveniens was rejected by both courts and isn’t being appealed to the top court. The respondents abandoned their claim that the suit is a representative action and have instead added 80 plaintiffs, over 10 separate actions.

Nevsun’s invocation of the Act of State Doctrine is novel in Canadian courts, but — as the 1897 suit against the Venezuelan general shows — it’s a very old concept. The company contends in its written arguments that the case can’t even be heard, as “adjudicating those claims will inevitably require a Canadian court to rule on the lawfulness of the official acts of the State of Eritrea.” It’s an argument, Nevsun says, that is central to international comity. Ruling on the lawfulness of Eritrea’s national conscription service would turn Canadian courts into “arbiters of foreign states’ international and domestic obligations.”

Nevsun also invokes R. v Hape, in which the majority court wrote that “to preserve sovereignty and equality, the rights and powers of all states carry correlative duties, at the apex of which sits the principle of non-intervention.”

And non-intervention is the best policy here, Nevsun says.

At the Supreme Court of British Columbia, that application of the doctrine was labelled as “draconian” by the presiding justice.

“I think it’s going to be a hard road for them,” says Penelope Simons, an associate professor of law at the University of Ottawa who is Larocque’s co-counsel representing Amnesty International at the Supreme Court later this month. “It’s not something the Canadian courts have ever applied.”

Larocque also figures there is little judicial appetite for the doctrine. Frankly, he says, it’s not crucial to Canadian law. “Most cases in which it can potentially be said to arise can be dealt with under the law of state immunity, which is a much more established framework.”

What’s more, as the respondents point out, the United Kingdom and Australia have already limited the doctrine in almost precisely the manner that is being requested here.

Should the Supreme Court take the same view, limiting the application of the Act of State Doctrine, the conclusion would be that torts based in customary international human rights law can be tried in Canadian courts. This would represent a significant shift in the law, especially for the mining companies that call Canada home.

The outcome of two other cases before the courts could be affected, depending on how the court finds in Nevsun — one against Tahoe Resources, and another against Hudbay Resources.

Should the respondents carry the day, it will represent one of the first times that a case of this nature will actually proceed to the merits.

“It would be important because it could potentially eliminate some of the obstacles in bringing some of these cases to Canada,” Simons says.

If those obstacles are to be dismantled, Nevsun argues, it should be up to Parliament to decide. Even recognizing those torts based in international law is “a major and complex revision to domestic common law.”

Simons pushes back on this reasoning. “Not all cases of corporate misdemeanour can be turned into civil suits,” she told CBA National. “You’re not going to have the facts for some of these types of cases.” Never mind that the prohibitive cost of bringing these cases forward before they can even be argued on the merits.

According to Larocque, it’s not going to be a free-for-all if the plaintiffs win. He adds that a lot will be determined by the top court’s phrasing. If they craft an opening for these new, international, torts, “I expect they will do so cautiously and with clear parameters for the future.”

Even then, there are limitations on what types of international law could be deployed in Canadian common law. Not every UN treaty can be wedged into a tort, Larocque says. To be employed in such a way, a prospective litigant would need to establish that, “the treaty has been fully implemented by Canada through legislation; the treaty contemplates the possibility of civil remedies through the courts; and the treaty applies [to] the specific alleged violation.”

Also, limiting the scope of the Act of State Doctrine and entering those torts into the common law doesn’t necessarily mean a flood of cases are on the way.

Daniel Baum, a lawyer with Langois in Montreal, says Nevsun v Araya may not be one-of-a-kind — but it’s pretty close. “The facts here are quite specific,” he says. Finding these kind of situations are like “catching lightning in a bottle.”

Ultimately, what the court says, and how it says it, is going to mean a lot for Canadian-based companies operating abroad.

If the court allows the case to proceed on its merits, virtually every Canadian company carrying on business in states with poor human rights records may have to significantly reassess their liability.

“The radar is already blinking,” Baum says. “Now it’s a matter of waiting for how the court is going to pronounce itself, so companies can have a better sense on how to react to this.” He emphasizes that it’s not a matter of will companies react to the decision, it’s how.

Even if the litigants lose, companies will need to start preparing. Short of the court writing a unanimous decision endorsing the Act of State Doctrine — an unlikely scenario —the courts appear to be leaning towards some integration of international human rights law into Canadian common law.

Liability will drive companies to draft guidelines, policies, and procedures to minimize that risk, Baum expects. But could also dictate how, and where, companies pursue new ventures.

“Right now, uncertainty is at its height.”